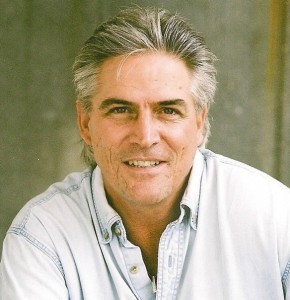 Mark comes to Luminarium Pictures as an Emmy Award-winning Casting Director who is entering into his 35th year in the film and television industry as Co-Owner of Fincannon and Associates, a Motion Picture Casting Company with offices in Wilmington, North Carolina and Atlanta, Georgia.

He has worked with such noted directors as George Lucas, Taylor Hackford, Lasse Hallstrom, Barbra Streisand, and such noted producers as Frank Marshall, Jerry Bruckheimer, and Sydney Pollock .  His company has been involved in literally hundreds of feature films, television movies, and over 20 seasons of television series.

Mark is a member of the Academy of Motion Picture Arts and Sciences after winning his Television Emmy for his work on the 12-hour H.B.O. Miniseries entitled, “From the Earth To The Moon.”  He is a member of the Casting Society of America where he has been nominated several times and most recently won the highly coveted Artios Award for his work on the Walt Disney animated feature, “The Princess and the Frog.”

He and his wife Sharon are the proud parents of four daughters, four sons-in-law, and three grandsons.

Tamara is a member of the WGA and has authored and co-authored several screenplays for feature films including, “Samson”, “Flight of Icarus”, “Cricket on the Hearth,” “The Other Side of the World,” “Worth,  and a mini series entitled “Law of Eden” for television.  She has produced and directed over 20 short films that have been sold around the world, as well as story boarding and directing commercials.

A native New Yorker, she now resides in the mountains of Northeast Tennessee, living life to the fullest with her husband Michael, and 3 children, Moriah, Josiah, and Max.